Imagine yourself 20 years from now. You're sitting on someone's back patio at a BBQ, a dinner party, whatever it may be. Maybe you're married, maybe you're not. The sun's streaming through the branches in the trees, and the wind's blowing gently and warmly, passing by your skin. Wherever your family may be, you sit alone, amongst women and men of various ages. This would've terrified you years before, without the aid of a close one. But not this time. You've grown to love chit-chatting with people to just catch up with them. And you sit there satisfied, casually bringing up a basis for conversation.

"I know, it's crazy..." someone responds. You don't dive in too deep about it, for the deed has been done, but the silence implies you've gotten everyone thinking. Life goes by much faster than it feels in the moment. When you look back and think of how much time you sped through, you feel a sense of accomplishment somehow.

You giggle to yourself, and watch the kids contently as they play in the grass.

Posted by Amelia at 8:53 PM No comments:

My Quest For Authenticity

The other day in my blue spiral notebook, I began to write about the person I truly wanted to be. And what I've found is that essentially, I want to be me, only not so kept to myself. I wish I was more expressive. I said that I wanted to be a painter. I wanted to like being messy. I don't necessarily want want to be considered "scatter-brained" as artists tend to be known as, but I want it to be obvious to people who I am. I don't really want it to be a secret anymore. I would love everyone to know from the moment they meet me that I'm eccentric, artsy, and charismatic. I wish I was confident.

You know, I totally don't give a solitary crap about what I wear. But there are times that I kind of wish I did. I don't want to care a lot- the LAST thing I want to be is a flippin' fashionista, I just wish I could be one of those people who just got highlights and a mow-hawk (maybe not that far, but you get the point). I wish I could wear really retro clothing- like a 60's dress, or 70's hippie garb. Because in all honestly, I'm in love with that stuff. But no. Because I'm a timid wimp, even the way I dress makes me look boring.

Let me tell you what I'm talking about: you know Iona from Pretty in Pink? How she was always oozing with confidence, and it was made blatantly obvious that she was interesting by the way she dressed? She went all over the grid for outfits, and she honestly rocked every one of them. Her confidence, her artsiness, her interestingness... they're all qualities I've been working to possess. 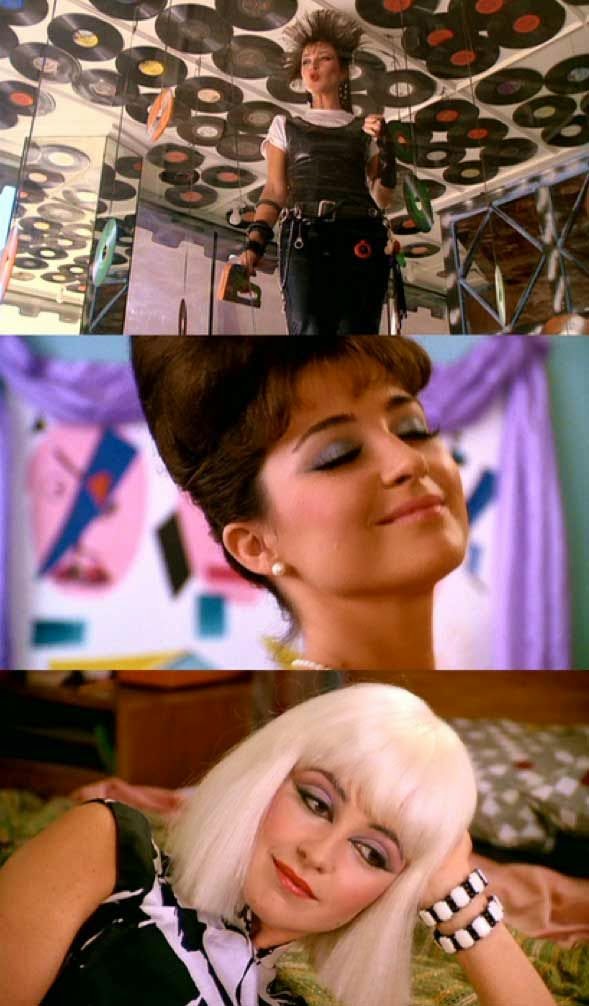 But, as I've come to realize, there's a fine line between "good weird" and "bad weird". Sometimes I embrace the eccentric to such a degree that I scare myself. It's almost as if I've gone one estranged song overboard on the normalcy scale, and I feel like I need to run back to the most common thing I can think of for safety. But why? Really, what is normal? Whenever I ponder over the most normal things typical teenagers embrace nowadays, I think of these:

-lives in the suburbs
-isn't religious at all, perhaps even atheist (or loose Christian)
-gets decent grades
-has strict, annoying parents
-has Instagram, Snapchat, Vine, etc. and is on constantly
-has a dog
-likes bacon, or says they do to be clever, I guess
-has a boyfriend/girlfriend, and has had several in the past
-has a Facebook, but rarely uses it anymore
-has their permit, maybe their license, and some kind of job
-has gone to teen parties
-has gotten drunk for fun
-needs Starbucks every morning
-uses startling swears in regular conversation
-is democratic or not political
-has AP whatever it is because "it looks good on college applications"
-is in some kind of sport
-has clothing from Hollister, Forever 21, etc.
-speaks in memes and internet references
-loves horror movies
-has an iPhone

...I made this list a while back based on casual observations I've made on the stereotypical teenager these days. And it occurred to me that this arbitrary list of requirements is my personal concept of what society believes is "normal." So why on Earth would I want to run there?! Perhaps because I don't relate with any of these concepts on the list, and that means that I'm almost too weird. Ya get my drift?

My taste, I've realized, goes off the grid. I had no idea until recently that my sense of style was so bizarre. I find myself drawn to unnaturally colored hair and ratty worn rags for clothing. I didn't know I liked that sort of thing. To be honest, I always saw myself as more of a basic jeans and a tee shirt kind of girl. And outwardly, I am. But apparently, if I had no social boundaries, I would dress like a complete hippie. And, sometimes, like a 90's grunge lover. And occasionally like a suburban mother from the 50's. And everything in between. 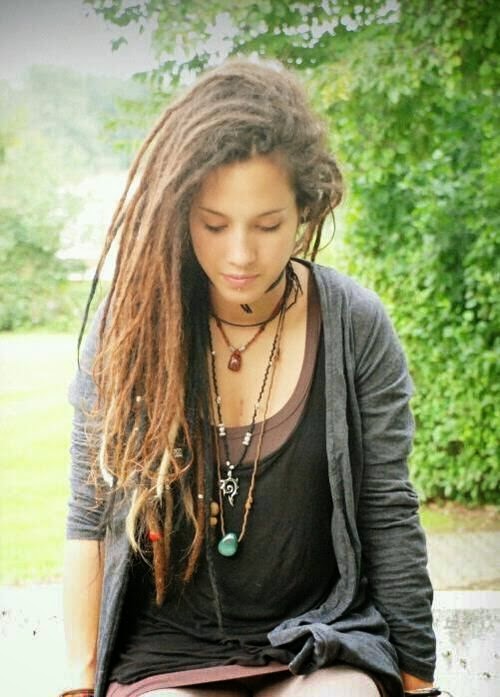 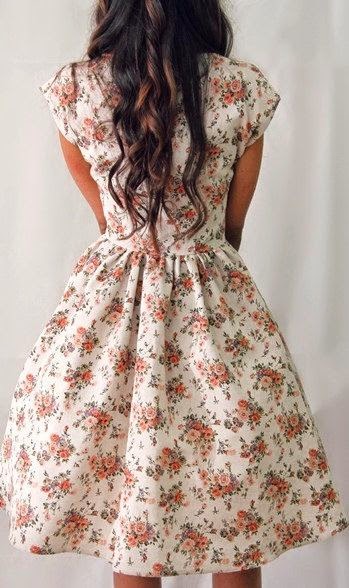 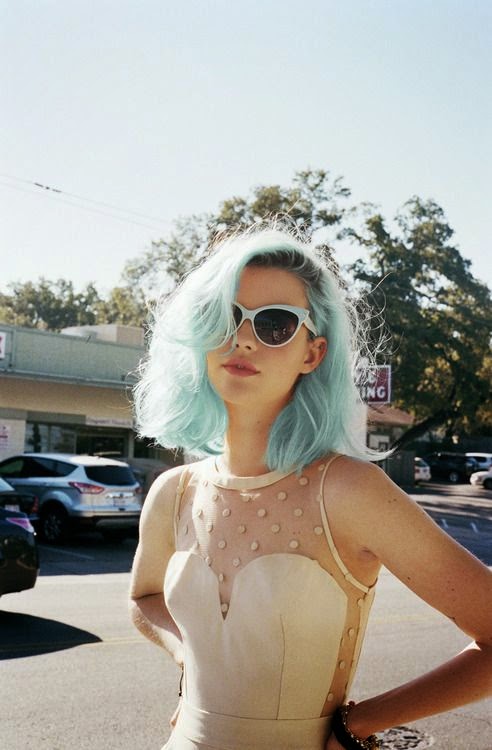 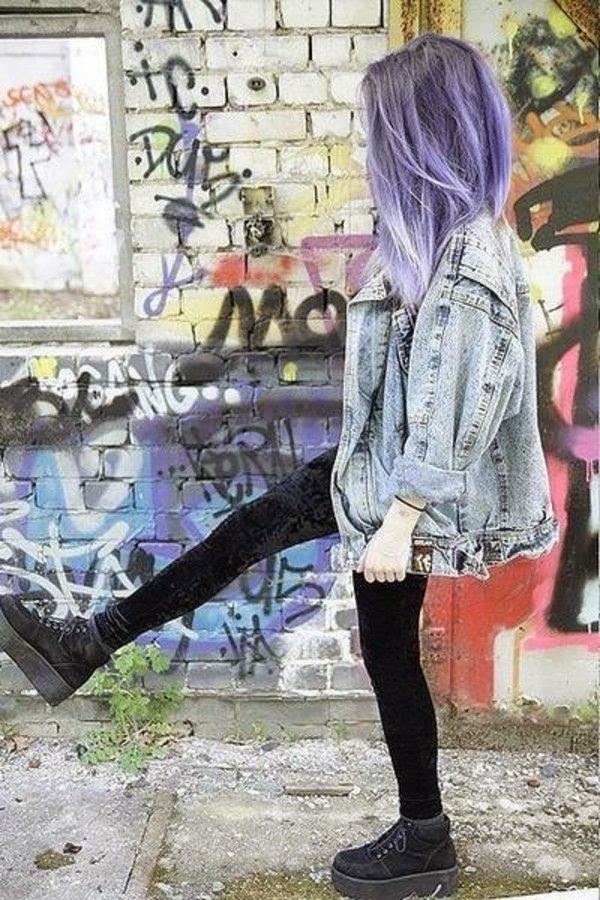 I think my newly found desire to dye my hair the colors of the rainbow came from movies like Scott Pilgrim Vs. The World and Eternal Sunshine of the Spotless Mind. The heroines dye their hair regularly, and interestingly enough, in both movies, their love interests describe them as "impulsive" because of it. Why does that idea inspire me? Maybe because I'm not impulsive at all, and I wish I was, because that would make me interesting. I already wrote about my desire to be "me, but louder". I find myself wanting to save being anything until I'm old enough to be "an individual". Maybe when I'm moved out and I get paid, I can actually buy clothing I like. Wow, and it doesn't even have to be clothes! Furniture, movies, CD's, posters...FOOD... I'd have my own weird little sanctuary! Wow, I'd make a really strange adult... I can just imagine inviting people into my rabbit hole... It would be flooded by old culture and deteriorating couches... I would love it, of course, but would it ever make me want to run? Would it, perhaps, be too eccentric? 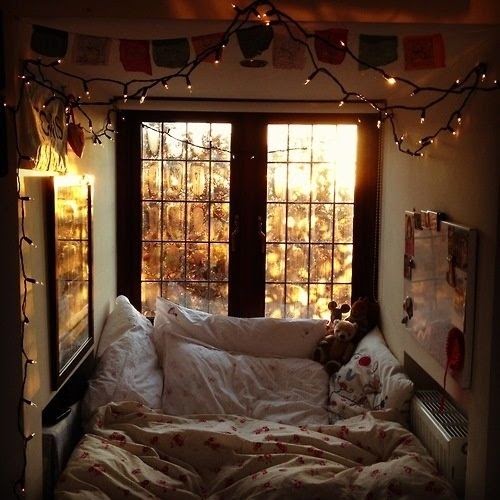 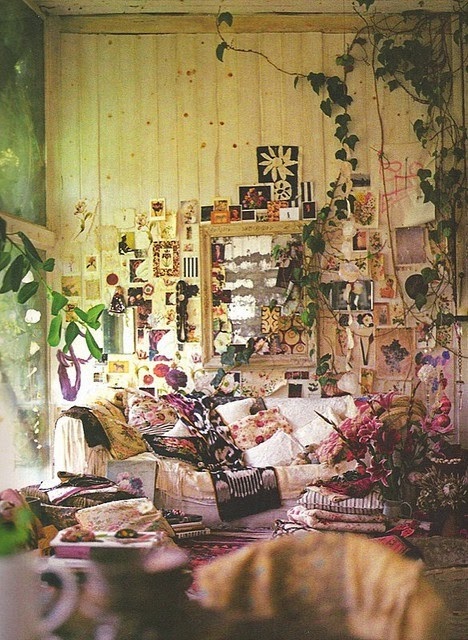 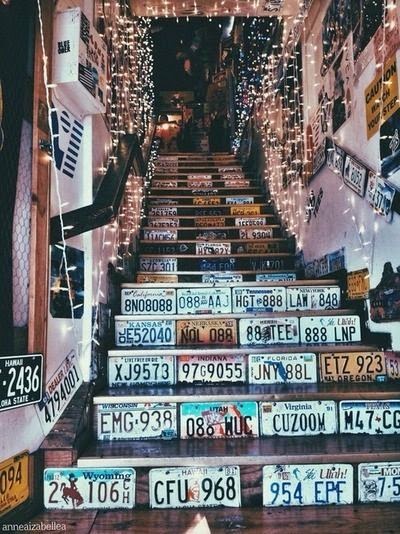 This is my problem. Finding a satisfying balance between "normal", who I really am, and who I'd rather be. But maybe normal doesn't matter. Whatever normal really is, it should have no affect on the person you really are. I've never been one who duplicated what was cool. I do, however, have a definite style that I've come up with all on my own, and there's something kind of wonderful about that. Just becoming your own individual, even though it's scary. Sometimes, finding yourself is just fascinating.
Posted by Amelia at 10:57 PM No comments: